Thank you for supporting the Lower Merion Township Scholarship Fund! Your gift will help to transform lives. 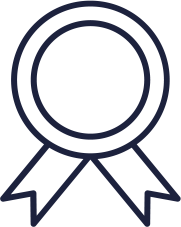 LMTSF is grateful to receive ongoing support through contributions to Special Awards. Each year, a graduating senior of LMHS or HHS who is selected to receive a scholarship will be named as the recipient of one of these awards. LMTSF’s goal is to match the awardee with the spirit and/or guidelines of an appropriate award.

Other Ways to Contribute

CONTACT US
How do I establish a Special Award?

Special Awards require a starting donation of $1000. More information can be found here.

What is a Recognition Card?

You can purchase an online Recognition Card ($20 each or 3 for $50) to honor a teacher, coach, staff member, or student. The Fund will use the information you provide to notify the appropriate individual of your purchase in their honor. You can also choose to purchase paper cards from your school HSA or school office and hand write a message to the honoree. These cards do not conflict with the LMSD policy of gifts to teachers and are a perfect tribute to educators you want to recognize or thank.

Can I contribute to a Special Award that is already established?

Yes, the list of awards that have been established and to which you can contribute is here.

Can I leave a contribution to the Fund in my will?

Yes, we appreciate the thoughtfulness and generosity of donors who plan for legacy gifts to our scholarship fund. When stipulating such a gift to our 501(c)(3) organization, you may need the following information for your document:

A copy of the official registration and financial information of the Lower Merion Township Scholarship Fund may be obtained from the Department of State by call toll free, within Pennsylvania, 1-800-732-0999. Registration does not imply endorsement.